A downloadable game for Windows, macOS, and Linux

The Crystal Golem is a short but hard action game, inspired by Dark Souls and playing old games without a manual.

Will you be able to destroy the corruption from the Void and restore Humankind?

Energy born from the Void seeped into the rock and gave it some semblance of life. Humankind tried to harness its power, building wonderful creatures of crystal and light. But, alas, their pride was their undoing.
Only one of their machines remains today. It must now descend into the earth and go to the Place Where All is Backwards. It may still have a chance to fix this World...

The controls are listed in the Readme file. Both keyboard + mouse and controller  input are supported.

In order to download this game you must purchase it at or above the minimum price of $2.99 USD. You will get access to the following files:

problems with the camera and with the interface, the text is not clear, I still do not understand how to dash, on the keyboard, so good excellent

Took me 25 minutes to beat, but I would've taken hours of this little gem (pun intended). The gameplay is simple but satisfying and the atmosphere is on point. 10/10 make a version that takes 5 hours to beat and I'll throw money at you.

Hi! I played some of your games before! I also want buy this one, but I have no money (

This game is so charming and fun! Visually its so sick, I love the whole aesthetic of it 11/10

I've never experienced Dark Souls, but the legend of it is KNOWN. And I can clearly see how that pertains to THIS game! Totally capable of being unforgiving if you slip up, don't let the retro-style visuals fool ya. Proceed with caution haha

My suggestions: If you get too close to a wall, the camera completely freaks out leaving you vulnerable for an attack. This happened to me many times, and was mostly why I ended up losing and had to restart. Also the restart; the pacing of the game is slow enough, so having to restart waayyy before the boss fight (only to fall victim to the spazzing camera angles) has the potential to turn-off a player.

I love the old school hardcore style of the game, and would enjoy more if some changes were made!

This was really cool! I'm always itching for lo-fi dark souls. I liked the design and movement constraints. Fighting in cramped spaces is difficult! Only negative I would say is the game feels much more frustrating when not using fast mode. I almost gave up on the first level until I found that option.

To add to this, I think some form of checkpointing, like at health restores, would make it less frustrating. I dig the methodical combat, but when facing multiple enemies, there's a risk of getting stunlocked that just feels unfair.

I'm mainly thinking of the encounter in the underground tunnel in the first world. I'm pretty sure one of the enemies has a faster attack rate, or at least it feels like it, so if the slower enemy knocks you down, the other just keeps you from ever recovering.

Wow, that was so cool! I was immediately drawn to the protagonist - so unique and cute. I really enjoyed how slow and methodical this was. It was difficult but I was able to manage. At first I didn't like how slow it was, but after twenty minutes, I just fell into the flow of it. It's also foggy outside of my window, so it was the perfect time to play this. Thank you.

Thank you for playing it!

I think this game looks visually cool and I’ve always liked fog in games. The crystal character and the ps1 feel to it and very nice. Reminds me of a game I never had but would have loved to play on Christmas day.

The story for the game is in the description. It sounds pretty cool though and I wish there was more as I’m not sure why the crystal is even doing what they are doing.

Like the starting area felt empty and I thought there would be more visual story telling, I guess. Tons of levels felt like an empty box. The only level that kind of had some kind of unique look to it was the ones with the columns, with that one boss who could turn their head. I kind of expected more at the end of the game but it wasn’t really much either. Like that column area worked well because the columns could break when the enemy did their move and that was cool. The end boss was kind of a let down. I thought that maybe the end world would be more visually cool for being a place where you could fix the world.

I however did have a lot of fun and the game was easy. That first time fighting that thing that launches at you caught me off guard and that was cool. I would say that this game reminded me of kings field. In the kings field game you would go close up to an enemy and attack them then retreat and attack again.

I think the feeling of the game was nice and I enjoyed it. It was a short sweet and simple game.

An interesting and fun game! It has its mix of weird, low-fi, and a little sad vibe of a PSX/PS1 style game, but I could really feel that this was a game carefully created with a real passion for the craft, and a genuine love for video games and how they make us feel. It's pretty good game design. Level design is good, characters are low poly but they have character. It was a little slow for me at first and the controls were a little clunky, but when I got used to it, I started having fun and enjoyed my time playing the game. Anyway, here's a video of me completing the game.

Please check out the video and my channel: VladMan. Thank you!

Haven't finished it yet, but I will definitely keep trying. So nostalgic, the quiet and voiceless mystery of it all really, REALLY captures the weirdly melancholy essence of old PS1 games. I love that a lot. The gameplay is so careful, so fragile, and that makes it feel even better when you progress.

I liked the character design and basic yet nostalgic gameplay. I have to admit I rage quit while fighting that charging enemy though lol.

Really loved this game! So much fun to play!

9/10  The amount of hallways reminds me of the place where i live. 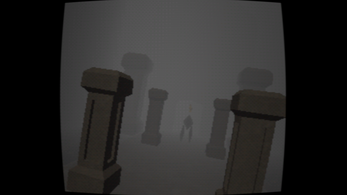 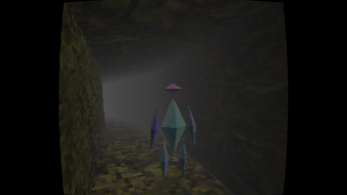 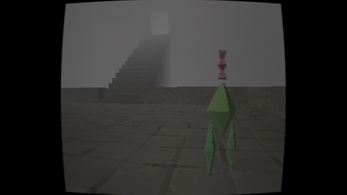 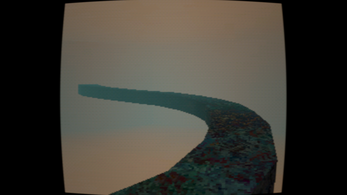